This Sunday, 3 April, Irish people are being asked to fill in the Census form for the 2022 Irish Census. The Census will give important details about how we live now. One of the sections of the Census form that always creates debate is the Religion section.

Ticking the No Religion Box

As a celebrant, this doesn’t surprise me. When it comes to big-ticket rituals, people still choose the Church for their rituals. Around half of all weddings are held in churches, and you only have to listen to the death notices on local radio to realise that nearly all funerals are held in churches.

What About the Other Box?

But there is another box that people can tick, one you mightn’t think of. The Other box. The other box allows you to choose the belief system that best suits you. As a celebrant, I like the Other box, because I’m all about giving people the freedom to choose a ceremony that reflects their beliefs.

You see, I reckon that for many people, ticking the No Religion box is a bridge too far. They may not be practising Catholics anymore, but they still have beliefs of their own. The Other box gives an opportunity to capture the voice of all those people who fall between two spiritual ‘stools’ so to speak. 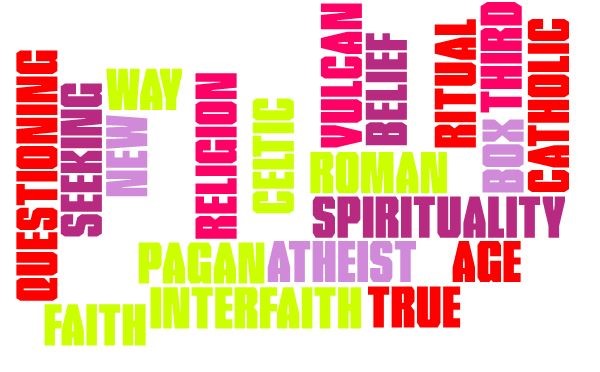 Ticking the Other box paints an authentic picture of the diverse spirituality that exists in Ireland.

How Your Census Choice Influences Rituals?

What does that have to do with rituals, you might ask? Well, the Other box offers a third way for people whose faith don’t fit into a neat category, and I’m hoping that will translate into more people choosing rituals that are true to what they believe.

And that’s where we independent celebrants come in. We offer a third way when it comes to rituals. Our rituals match your spiritual beliefs, whether you believe in the spirit in the sky or the people celebrating in the room with you.

I’d love to hear your thoughts about which box to tick in the Census. You can add your thoughts in the Comments or share them in private by emailing me, Derv, on info@celebrantderv.ie